Cinnamon rolls are already pretty perfect, but if you’re a raspberry lover….. then these raspberry cinnamon rolls were made for you! And with Valentine’s Day right around the corner, they’re shaped like adorable hearts and topped with a gorgeous pink glaze.

If you’re not in the heart-shaped mood, you can simply roll these up like any old cinnamon roll. But if you’re looking for a cute twist, we’ll use a simple shaping trick to make these rolls heart-shaped. 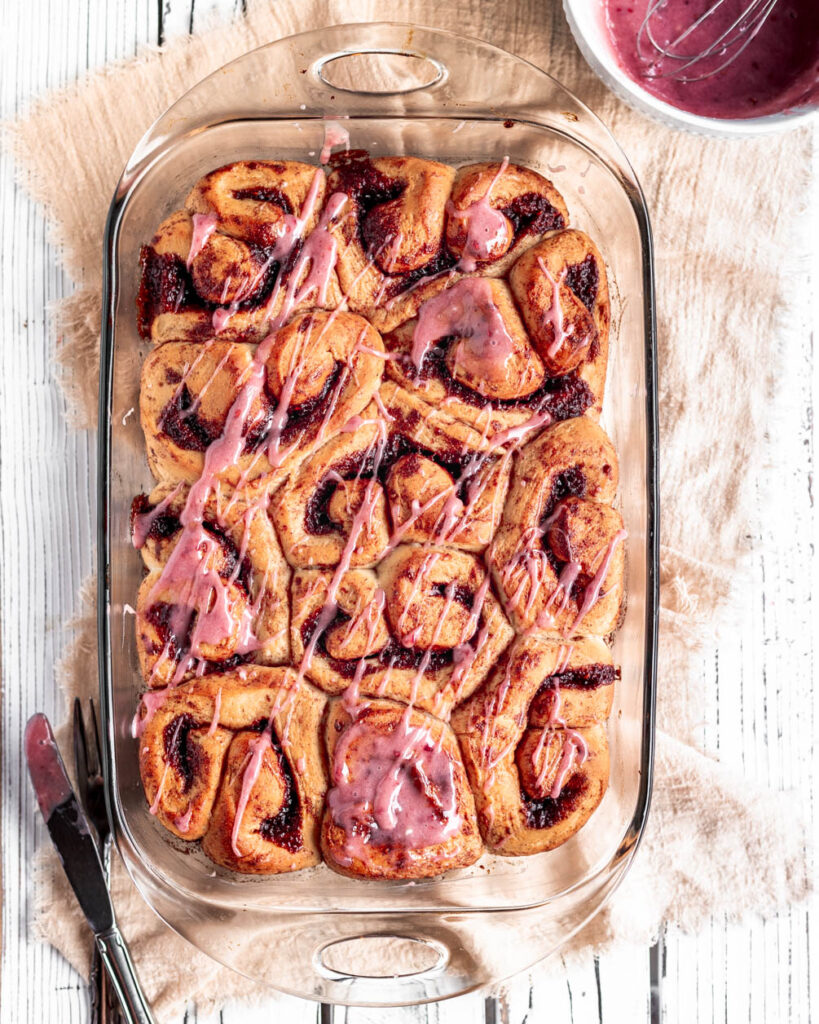 If you’re new to bread baking, I recommend reading my bread baking guide which goes through the entire process, end to end. I’m including some tips for this recipe as well.

How to create heart-shaped cinnamon rolls

Creating the heart shape is a simple twist on the traditional roll. A classic cinnamon roll has you roll from one end until you have a coil. In this version, we first roll from one but stop at the middle. We then roll from the other end until the middle so that we have two coils facing each other. These help create a heart shape.

After slicing the cinnamon rolls, you can gently form the point of the heart with your hands. 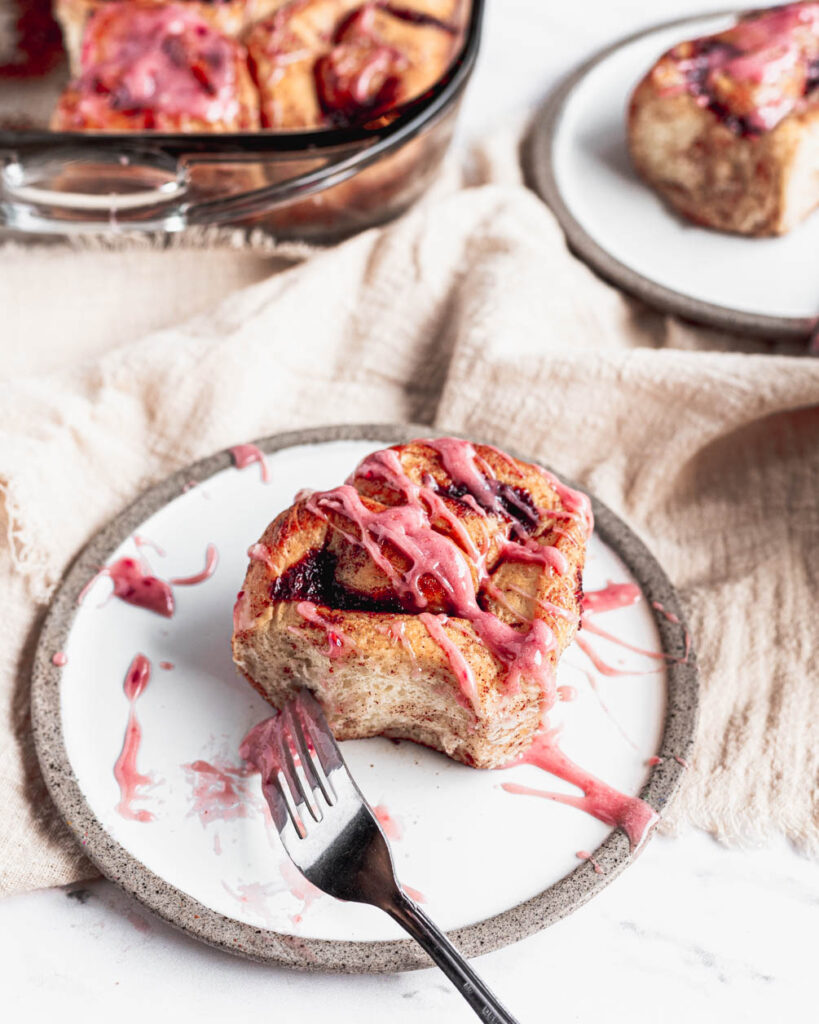 Other romantic recipes to try:

If you make this recipe, please let me know! I would love to see your beautiful raspberry rolls. You can comment below or tag me on Instagram @halicopteraway. 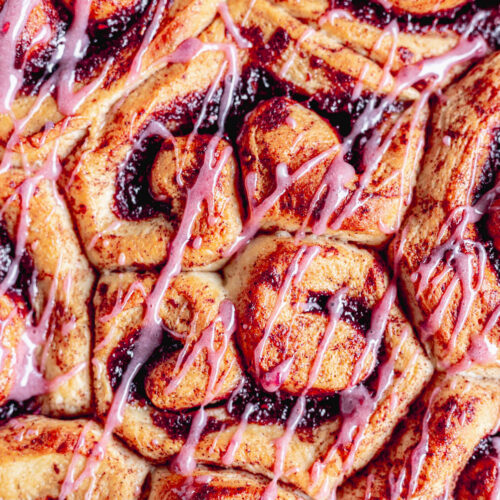